About the Speaker: Dr Kirit Vyas

Born in 1946, Dr. Kirit Vyas has done Bachelor of Chemical Engineering from M S University, Vadodara. He has done MS and Doctor of Philosophy in Chemical Engineering from Illinois Institute of Technology, Chicago. He spent 16 years in USA and has worked in various senior capacities in the Chemical process industries. He has published many papers in various journals & publications. After returning to India, he established   computer, pharma and investment companies as an entrepreneur.

Dr Vyas inherited aptitude in spirituality due to his lineage. His grandfather Dhansukhlal Vyas was a kathakaar. In 1978 he received exposure to ‘Integrated Yoga System’ from Swami Bawraji (a hathayogi) of Pinjour, Haryana during his visit to Dr Vyas at Cleveland, Ohio. In 1992-93 Swami Radhanandji who resided at Dallas, USA visited Dr Vyas in India and guided him on Upanishads & Gita. In 1993-94, Dr Vyas accepted Swami Madhavtirthji of Lambhvel, Anand as his guru subsequent to which he had deep spiritual experiences.

Currently, he has written and in the process of publishing two books – one on Bhagwadgita and another on Darshanshastra in Gujarati. 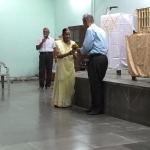 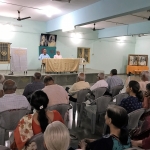 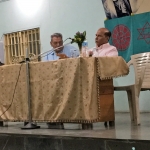 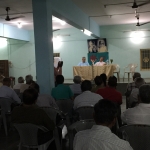 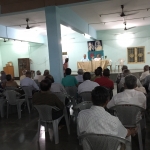 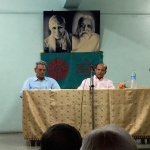